I want to personally commend the fine muckraking by Nicholas Confessore, Gabriel Dance, and Richard Harris that is The Follower Factory or, as published in the Seattle Times, Paying to be Popular:  Inside Social Media’s Black Market.  Technology is in sore need of accountability, especially when driven by profits above all-else.  Exposés by a diligent free press sometimes seem like all that stands between freedom and A Brave New World.  As The Controller states in chapter 16 of Aldous Huxley’s masterpiece, “The optimum population is modeled on the iceberg — eight ninths below the water line, one ninth above.”  Deep divers such as yourselves, are critical to freedom and democracy.

In order to profit, social media needs to be trusted to some degree, or no one will use those platforms.  Eye opening articles like yours will make increased transparency and accountability more critical to their survival.  Devumi’s practice of selling fake followers to already popular people, artificially inflating their appeal, doesn’t just manipulate real people into a herd mentality and tempt them to jump on the bandwagon.  The practice artificially inflates the number of “new users” that platforms like Twitter report in order to drum up money from advertisers and investors.  Those companies have little incentive to cull fake accounts unless they come to believe that real people might close their real accounts in disgust.

“Influencers” who purchase thousands of fake followers in order to justify higher kickbacks for advertising to bots who will never make seem guilty of wire fraud.  The practice sounds oddly similar to that of an author or their marketing wheelhouse purchasing large quantities of books never intended for individual ingestion just to inflate the title’s sales numbers on bestseller lists.  I recall ex-Mars Hill Church Pastor, Mark Driscoll getting flogged in the public eye over this.  From what I understand, it was, and may still be, common practice.  Maybe pastors are just held to higher standards.  Can you tell me if the NY Times has changed anything in order to prevent inflated book sales from landing a title on your highly acclaimed best-seller list?

If only as many people read in-depth newspaper articles as binge-watch Game of Thrones or take interest in Trump’s tweets.  Thank you for what you’ve done, and please keep it up. 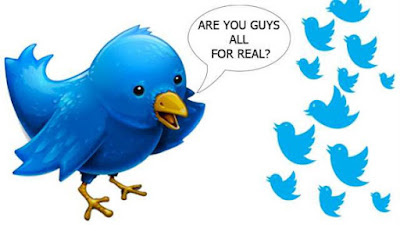