I want to thank you for selling, trading in, losing, giving away, or perhaps having your copy of A River Runs Through It and Other Stories by Norman Maclean stolen at the exact time that the parting took place.  And thanks for writing your name and address conveniently on the inside of the back cover so that I would know who to thank.  I don’t remember where I acquired the copy, or even if it happened at a second-hand bookstore in Texas, New York, or Washington State— there was a gap of at least a couple of years between my procurement of the masterpiece and its subsequent absorption.

I suppose there is a slight chance that the book belonged to someone else, who happened to use the back cover to jot down your address for some reason or other.  If that’s the case, then I’m just writing to recommend you read it—  the book, after all, has your name written all over it.

I’m pretty stoic, and tend to think a lot more than I feel.  So when I cross paths with a story like A River Runs Through It— one that moves me with rich word paintings and the personable delivery of a true tale where the rawness of real relationships can be acutely felt through the veneer of a good natured account peppered with humor and seasoned further with a skillful repetition that I've never seen another author use successfully, it earns a permanent place on the shelf.  Honestly, what moved me the most wasn’t the beautifully raw, less-domesticated setting in Big Sky Country (though Maclean’s writing might be the next best thing to wading out into the Little Blackfoot and getting lost in a profound sense of how insignificant we are.)  The story itself didn’t make me feel that good.  It’s not exactly a happy-ever-after.

The tale centers around a family, two sons of a Presbyterian minister, who no longer completely buy in to the black and white system of which they are products.  That aspect made the story relatable.  But there is one thing that all three men in the family approach religiously despite the diversion from their roots—  the wild art of fly fishing.  The way that pastime holds them together, providing a common bond that helps them avoid getting crossways over their differences, or even feeling the need to address them, I think, is the part that makes me profoundly jealous.

You see, I did a bit of fishing in my youth.  In the piney woods of East Texas, on our family’s farm, there sits a small pond.  The front side is formed by the lip of a rolling hayfield, and the backside is tucked neatly into the forest.  There are plenty of perch than can be easily yanked out of the water with a bamboo pole and a worm or cricket on a hook.  (Using live bait doesn’t amount to sacrilege in the ponds of Texas, as Maclean would have you believe it does in the rivers of Montana.)  There is also a spattering of massive large mouth bass that can be landed with a lure and a healthy dose of skill, patience, luck, and prayer . . . assuming the perfect weather conditions and lunar diplomacy.  They are to the pond as owls are to the forest.  One or two of them maybe even as Nessie is to Loch Ness.

My fishing hole was no less beautiful than Norman Maclean’s rivers.  When I stood on the red-dirt bank of that little pond as the sun set, just before the fireflies began to flash, dragonflies shimmered in their iridescence, hovering in place over the warm, still water.  I was saturated in peace and serenaded by crickets, frogs, and cicadas.  But now and then came points when it seemed that a portal to another universe suddenly opened up before my eyes.

Every hair on my body would stand at attention as one of those fat green Orcas of the Lone Star State broke the space-time continuum.  They breached the glassy surface between their world and mine, sailing from the deep up through the muggy summer air with precision to catch an ill-fated insect and return with a splash that had the effect of cymbals crashing in a sweat lodge.  The echo of an ever expanding concentric ring of ripples glistened across the water in memoriam of the scaled specter too wise to strike at the rooster-tail lure tethered to 10lb test that lead into the barrel of my Zebco 202.  I’m confident that the number of lures I lost to the fallen Ents of that murky underworld far exceeds the count of trophy bass I extracted from the pond.  But I don’t care.  Those moments were priceless.

There was only one thing missing that the Macleans had and I didn’t— someone to share the experience with in those moments.  That was long before I had a cell phone, but even if I could have Instagrammed every sunset I soaked up, and every fish I caught, it wouldn’t have made up for the fact that my dad had no interest in doing things like that with me.  He wasn’t a deadbeat by any stretch of the imagination.  Most of the time he was the one to drop me off at the pond in his little red Ranger and pick me up 6 to 8 hours later.  But if he stuck around it would only be long enough to see if the beavers were back at work downing trees and clogging up the spillway at the mouth of the creek.

I was madly jealous of how something like fishing brought a father and sons together like it did in that story.  I tried really hard and couldn’t think of any activities that my dad ever seemed to enjoy doing with me.  There were a few years when we played catch now and then with a ball or Frisbee . . . okay, I’ll admit— it was more like playing fetch, and he always played the role of the dog.  I wasn’t that athletically inclined as a youngster.  I’m not bitter toward him for avoiding misery if he just didn’t feel the same way about fishing or the setting.  I just loved him then like I still do now, and I’ve always wanted a better connection than we’ve ever been able to muster.

I hope, if I ever raise a kid, we can find a common pastime that we love undertaking together to the point that it becomes as sacrosanct as fly fishing in Montana was for the Macleans— a pastime bigger than us—  big enough to swallow all of our familial flaws.  Something next to which the weight of every inevitable difference and disagreement fades into oblivion.

A River Runs Through It helped me realize how much personal connections around common passions really mean to me, and how the loves that we share can help us overcome differences that might otherwise drive a wedge between people.  I was choking back tears on a plane between Dallas and Seattle as I finished the last page.  It made me want to take good care of myself, so that when I’m old and (hopefully) able to retire, I can do that somewhere beautiful and remote without worrying about proximity to a hospital.  It made me want to work on my relationship with my dad because, hopefully, it’s never too late to make deeper connections.

Thanks for turning over the book when you did, if it was actually you, and giving me an excuse to reflect on one of the best American short stories ever penned. 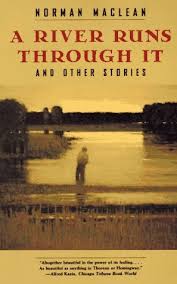 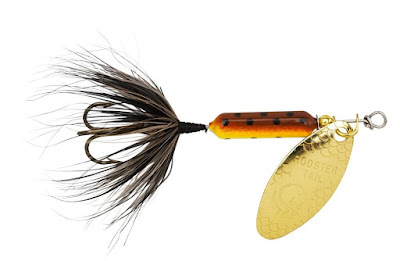