Dear *Dather,
In the earliest memory of you that I can recall, I have one foot on your head and another on your shoulder. You’re sitting on the floor in the kitchen, leaning against the knotty pine cabinetry, and I’m balanced on you, leaning over the countertop, transferring dirty dishwater with a ladle from one container to another in the kitchen sink. It felt deceptively industrious and productive at the time. Maybe that’s why the memory stuck.

Before I started fighting boredom and loneliness with cheese and morphed into a 220lb Bobby Hill doppelgänger by the age of 12, there were all of the fun acrobatics we would attempt in the name of Vincent Morales. We latched on to that name when going to an actual circus, but he must have never achieved celebrity status . . . I can’t find him on Google. Balancing our bodies on your socked feet, Katy and I would soar like birds. You’d grab our shoulders and, with a kick, we’d somersault over your head and land on our feet.

I still remember when you took me to my first movie in a theater. It came out in 1988, so I was 7 years old. Unfortunately it wasn’t the kid-friendly flick you’d imagined. Watching Judge Doom subject the poor little squeaky-shoe toon to the “dip” in Who Framed Roger Rabbit gave me nightmares for weeks. You must have also suffered a bit of PTSD, as that first movie you took me to was also the last I can recall watching with you in a theater. The strongest emotions, positive or negative, seem the best at making memories stick.

I often wish I knew you better than I feel I do. That you could occasionally come and visit us where we live, and enjoy it. That we had more one-on-one conversations that went deeper than they tend to on the two times per year that I usually call you—on your birthday and Father’s Day. I wish our communication was at least good enough to make you want to talk to me personally about decisions like selling the farm that’s been in the family for generations. Mama dropped that revelatory bomb after the fact, over lunch following your niece’s husband’s funeral.

I often wish we had at least one shared passion or common interest—something we enjoyed doing together. It weighed heavier than usual on me in the past two years when my best Friend Steve’s dad passed away unexpectedly. However, I’m not delusional enough to think I can change anything about you. It would be like trying to force a chocolate chip cookie into a gingerbread-man after it’s already baked. It’s more likely to crack than conform under pressure. But if you ever decide you would like to be more intentional with regard to our relationship—you know, find some peanut butter to spread between us cookies from the same mold—I want you to know that I will enthusiastically meet you halfway. Thankfully, I have more reasons to be grateful for you as you are than to be blue about the state of the union.

Thank you for your reliable material support throughout my childhood. Thank you for the emphasis you put on preparing Katy and me for success in the real world with quality educations, determined work ethics, and moral compasses. I can even appreciate your exacting standards for quality work. I haven’t had a supervisor in the last 20 years who was as hard to please as you were—and the work has been more complex than picking up pinecones or washing cars.

Despite our small-town digs, you kept our family on the cutting edge of technology. We grew up in parallel with computers, never falling behind. We evolved from the Commodore 64, to the 286, 386, and the glorious Pentium through the Pentium III. We dabbled in the internet when it was just grainy white text on the convex face of a fifty-pound space heater—a place from which to magically download “Shareware” and text before smartphones. We never had a Nintendo, or any other brain-rot inducing game system that hitched to the TV, but you kept us on top of PC tech, and the skills we developed, from typing on a keyboard to adapting to rapid change, still reap dividends in today’s world.

Thank you for the sweat equity you invested into almost every vegetable that can grow under the hot Texas sun. Tomatoes, beans, peas, asparagus, cukes, corn, greens, squash, broccoli, potatoes, peppers, okra, and more. But the greatest of these, as everyone knows, was (and is) tomatoes. Nobody does it better than you do. We ate like royalty growing up, thanks to your hard work. Speaking of sweat equity, thanks for your fruitless investment of time in my athletic ability. You were a good sport in the front yard, where we periodically played fetch, rather than catch . . . I wore you out quickly, but at least you gave me a chance.

Did you know that the best birthday I can remember was the one where you gave me that sky-blue bicycle that you pieced together from scrapped bikes and painted yourself? My custom ride was tricked out with a fancy windsock—a cruiser to be proud of, especially after adding Spokey Dokeys. Thank you for that. I’m not embellishing at all when I say that what made it so special was the fact that you took the time to build it just for me. That meant a lot.

Another thing that has meant a lot to me are the few moments in history when you let your guard down and we had a real heart-to-heart conversation. I don’t even remember what we were talking about now (I’m pretty sure it was related to philosophy) but I remember how I felt one day when I was home for a college visit and we actually seemed to connect. We were exploring ideas with a refreshingly open and honest curiosity. We aren’t the only ones who need a lot more constructive, vulnerable moments like that. I think the whole world does.

In-summary: thank you, I often miss you, and I really love you. Happy birthday!

*[ Dad has been known as *Dather ever since my sister, when addressing him, conflated "dad" and "father" - it just stuck somehow :-) ] 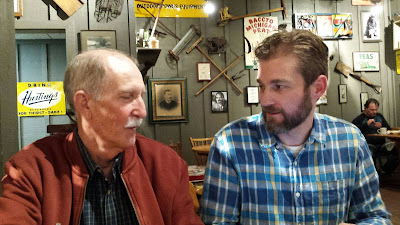 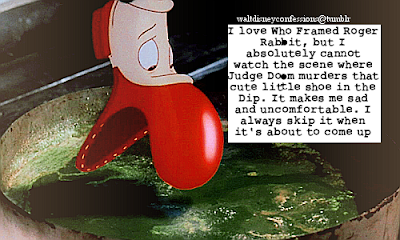